CHAPTER ONE
HYPOCRISY OF LIES 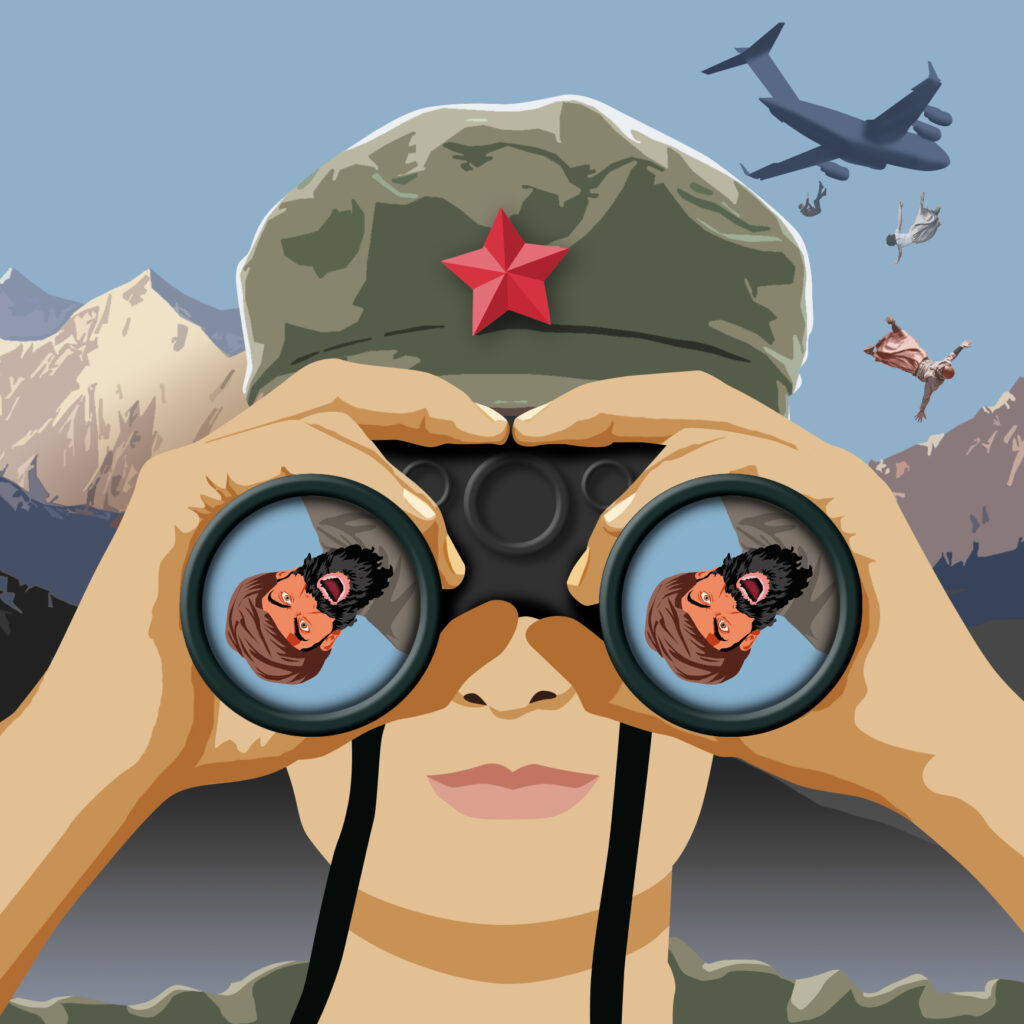 It’s time for chapter one of Backspin! Talk about timing –the end of the “endless war” in Afghanistan, and the political changes in Hong Kong. Both subjects reviewed with prospective future geopolitical scenarios.

Illustrations, quoting America’s Founding Fathers, will introduce each chapter, every month per the table of contents. The illustration with this note to you is the illustration that introduces chapter one: The Hypocrisy of Lies With Real Stories, broken down into several different sub-headings, trying to understand how to differentiate fact from fiction.

Chapter One, opens with A Refreshing Oasis Without Naked Beauties, a reference to a picture of two bare-breasted women on display for decades at the Foreign Correspondents Club in Hong Kong, on a pillar at the Main Bar, across from the picture of a Scottish squaddie, exposing his rear-cheek, as a gust of wind lifted his kilt, to confirm the Scottish question, “What does a Scotsman have under his kilt that is worn?’ “Nothing of course. Everything is in good working order,” being the answer.

The picture of the women was removed for political correctness reasons, while the picture of the squaddie remains, for all women passing by and being introduced to it, to chuckle and guffaw.

Something wrong with this picture?

The opening sub-headings that follow, include: Continued Athenian Democracy; Lie;, Capitol Siege; Hong Kong Legal System; US Electoral Process – How the US Political System Works, that take a closer look at the Assange case, freedom of the press, and changing political and personal scene in Hong Kong. Sharing conversations with club officers, and roaming member characters, about politics in America. Dueling Electors; Land of Lincoln; Capitol Insurrection, share my experience starting law school in Chicago in 1968, after the chaotic Democratic Convention. The sub-headings Fighting Media and Citizen Rebellion look at the history of rebellions in the US, that are fore-runners to the Capitol insurrection on 1/6. Flawed Foreign Policy; Forever War; Putin Knocking on Taliban Door; China, Russia & Shanghai Cooperation Organization, take a closer look at the lies spewed by the US government about the progress of the Afghan War, no different than what it did during the Vietnam War – lies and Fake News – and what awaits us.

Compromise for Roilmance – The Romance and Oil; and Saudi Arabia, a Cold Blooded Unsustainable Murderous Kingdom, address the brutal murder of American resident journalist working for The Washington Post, Adnan Khashoggi, and America’s hypocritical response. Changing Sexual and Political Reality looks at sex in American politics, and the different standards applied by Democratic and Republican parties – and the American voters. Creativity and Back to The Future, reminds us that Americans and Chinese are creative, and together as partners, can build and lead a new world order.