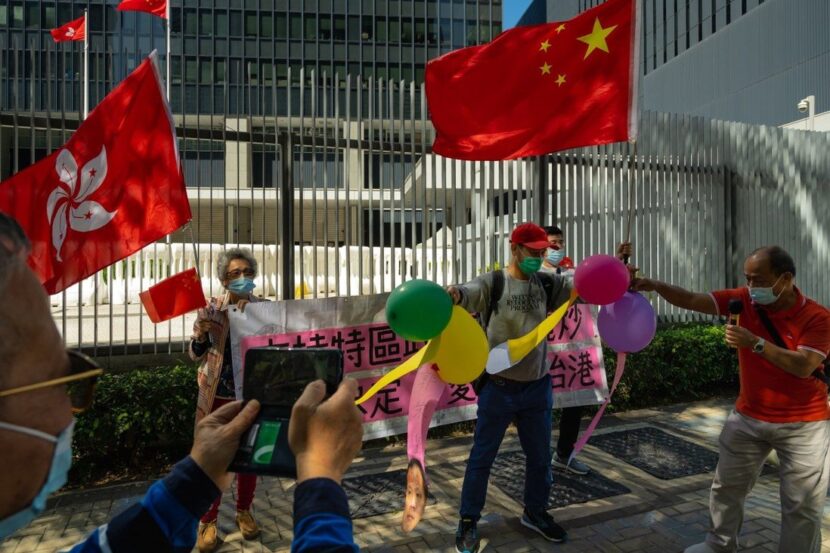 Pro-Beijing supporters wave the flags of Hong Kong and China outside the Legislative Council on November 12, after China passed a resolution allowing the disqualification of Hong Kong lawmakers deemed insufficiently patriotic. Photo: Bloomberg

Pro-Beijing supporters wave the flags of Hong Kong and China outside the Legislative Council on November 12, after China passed a resolution allowing the disqualification of Hong Kong lawmakers deemed insufficiently patriotic. Photo: Bloomberg

Earlier this month, Hong Kong’s first Beijing-appointed chief executive, Tung Chee-hwa, made an impassioned plea to Washington for a new page in US-China relations. Addressing the annual China Conference (organised by the Post), he said the two countries should “get on with it and overcome our difficulties and work together to make the world a better place”.

It is a timely call. The situation in Hong Kong has been one of the reasons Washington and Beijing are pulling apart. The United States will soon begin to recalibrate its strategy under a new president, Joe Biden. A change of leadership is an opportune time re-examine bilateral relations.

But it is easier said than done. For relations to improve, Beijing needs to do a great deal of rethinking too, and to re-examine its Hong Kong strategy.

Let’s go back to the beginning. The Joint Declaration was signed by China and Britain on December 19, 1984, and later registered with the United Nations. As the clock struck midnight on July 1, 1997, Chinese president Jiang Zemin said at the handover ceremony that “from now on, Hong Kong compatriots have become true masters of this Chinese land”.

He also said: “History will remember Mr Deng Xiaoping for his creative concept of ‘one country, two systems’.”

Deng – the man who famously said it did not matter if a cat was black or white as long as it could catch mice – opened up China’s state-planned economy to foreign investment and private enterprise when he became the paramount leader. This policy has led to China’s ascent to become the world’s second-largest economy.

Deng must also have seen Hong Kong as the ideal corner of China to experiment with and perfect a system under which political reform can follow, Hong Kong can be integrated, and Taiwan can be persuaded to reunify with the mainland. He set a time frame of 50 years. No one in Hong Kong took issue with this process. Nor did anyone in Hong Kong protest against China regaining sovereignty over Hong Kong.

It takes two to untangle the US-China knot. Will Biden and Xi succeed? 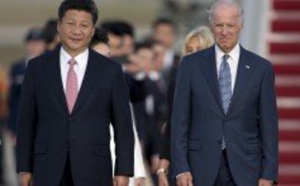 However, after Deng’s demise, the Communist Party started pivoting away from its promises. Eventually, Beijing began breaching the terms of the Joint Declaration.

Jiang’s words about Hong Kong compatriots becoming true masters of their city have now been forgotten. The Hong Kong government is empowered to dismiss lawmakers elected by popular vote. All this has rendered one country, two systems meaningless, if not an abandoned political experiment.

The 79-day “umbrella movement” of 2014 was in response to the National People’s Congress Standing Committee’s decision to screen candidates for Hong Kong’s 2017 chief executive election by universal suffrage.

The 2 million-strong protest march in mid-2019 was against Chief Executive Carrie Lam Cheng Yuet-ngor’s ill-considered attempt to bulldoze an extradition bill through the Legislative Council.

These protests were within the bounds of the law as the Joint Declaration guaranteed freedoms of speech and assembly, along with various other rights. With these freedoms, no police permit should be required for any rally, though the police should be informed of them for traffic management reasons.

Beijing has reinterpreted the terms of the Joint Declaration and the Basic Law as it pleases – in 2017, a foreign ministry spokesman said the Joint Declaration was a mere historical document and “not at all binding for the central government’s management over Hong Kong” – and has antagonised a sizeable section of the Hong Kong community. That sentiment was asserted loudly in the last district council elections.

The “foreign hands” that both the Beijing and Hong Kong authorities claim are behind the rise in anti-Beijing sentiment in Hong Kong are more imaginary than real. The paranoia probably stems from Chinese anxiety about how the communist regime in the Soviet Union, once the second superpower, ultimately crumbled.

Of course, foreign residents and businesses take an interest in Hong Kong and its rule of law. But they are not interested in undermining Chinese rule, only in enriching China through trade expansion, technology sharing and cultural interaction.

President-elect Biden has said his administration could work with China if it would play by the rules. China’s communist leadership should convince the world that it would honour internationally respected norms such as human rights, the rule of law and signed declarations.

Peter G. de Krassel is a Hong Kong based strategic analyst, contemporary social commentator and author of the Custom Maid series of books and blogs.