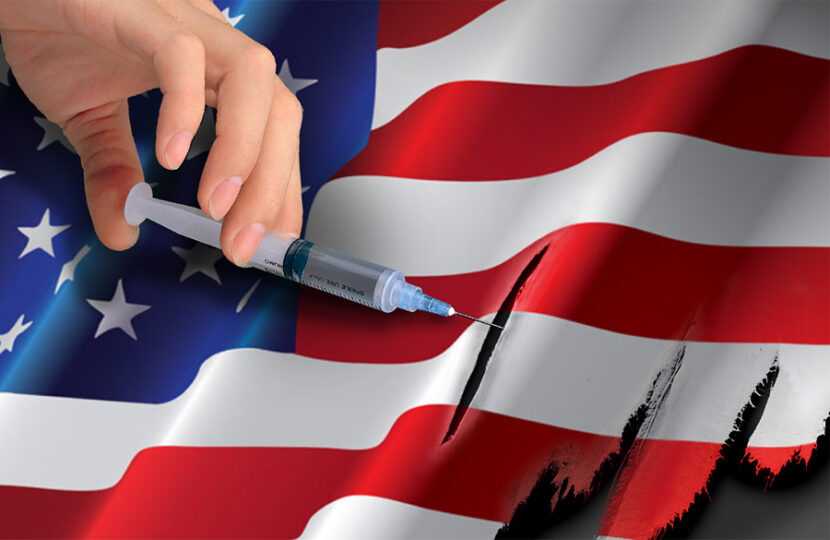 Applause, cheers, toasts, hope and relief worldwide greeted the Covid vaccine as it was rolled out in trucks from factories and airports, delivered to hospitals and administered to front line workers and seniors – in the United Kingdom and United States.

A vaccine that will bring an end to cancel culture politics that America must lead because of Britain’s more close-to-home pre-occupation. The alternative?

In the introduction to my 2014 book, Custom Maid Revolution for New World Disorder, my opening words are:

“This book explores the injustices that have generated the Third American Revolution. The first and second American Revolutions were limited to America, even though they inspired the French and many other failed revolutions. The Third American Revolution is not limited to America – it is global. It has already started in America with the Tea Party and Occupy Wall Street movements and has spread to China, Arabia, Africa, Europe, Russia, India, Asia, Latin America and beyond with their home-grown political revolutionary movements – many with Jasmine tea – and others, like America’s  Founding Fathers, with stronger alcoholic brews…

“The principal of federalism and state rights, a concept adopted     from Native American political practices blended and fused with European Enlightenment ideals, is what distinguishes the United States of America from other forms of government based solely on European, Chinese, Indian, Japanese, Arabic, African or Islamic Enlightenment…

“The Civil War that resulted in the abolition of slavery in America was the nation’s Second Revolution – a much bloodier than the first. Hopefully, the nation’s Third Revolution will be bloodless.”

That is the political vaccine America has to introduce in the spirit and words of America’s Founding Fathers.

That is the political vaccine America needs now in warp speed. To the same, applause, cheers, toasts and hope of relief the Covid vaccine was embraced.