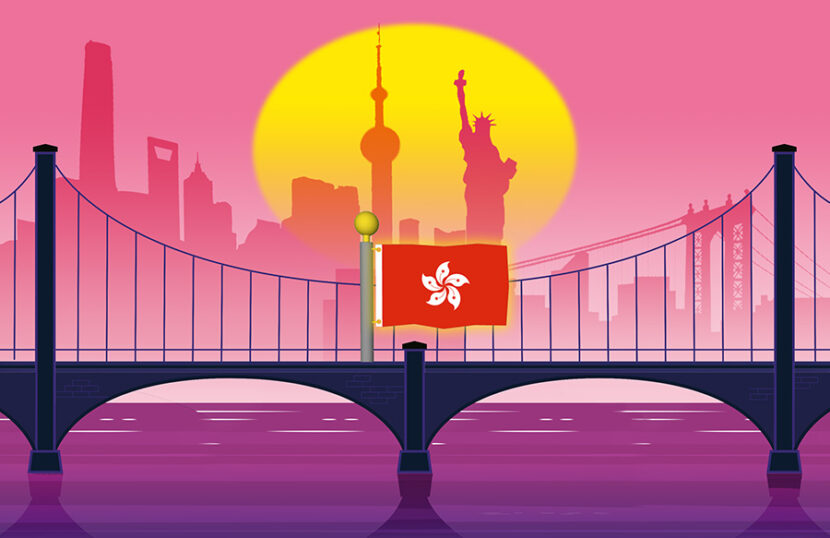 Living in Hong Kong as the city-state takes the brunt of the Beijing-Washington escalating war of words and sanctions, I am coming to terms with the meaning of “Being the meat in the sandwich,” and “When two elephants fight, the grass in between gets trampled.”

Hong Kongers are experiencing a sense of uncertainty, concern, and even fear, of the future and, like pre-1997 Handover, are heading for the exits. North America, Europe and Anywhere.

Both America and China bear responsibility for this brain drain. In a December 5th Op-Ed piece I wrote for the South China Morning Post, I was critical of the U.S. decision to have Hong Kong made products labelled Made in China. Not only is it illegal under the terms of international treaties the U.S., China and Hong Kong are signatories to, but damaging to Hong Kong – and America – for its short-sightedness.

Hong Kong has historically been the China gateway for America and Europe, and conversely for China, to the West.

How is it in either America or China’s interest to destroy the bridge – even if super highways and bridges are built from Hong Kong to the Greater Bay Area – financed by American and Chinese banks?

China has more bridges connecting super highways between different provinces and cities than any other country in the world. It doesn’t need any more. It needs to help re-open a couple lanes on the Hong Kong Bridge to America and the West.

American and Chinese career politicians have to re-read history books and remember the critical role and bridge Hong Kong has played and been for both countries.

Stop playing diplomatic games and imposing sanctions on Hong Kong that benefit no one!

“The goose that laid golden eggs,” another Hong Kong term whose meaning both China and U.S. must remember. How the territory filled their egg baskets until they overflowed, before the two elephants break the bridge and eggs leaving Hong Kong a wok of Chinese egg-fried rice – and empty bowls in America and China.