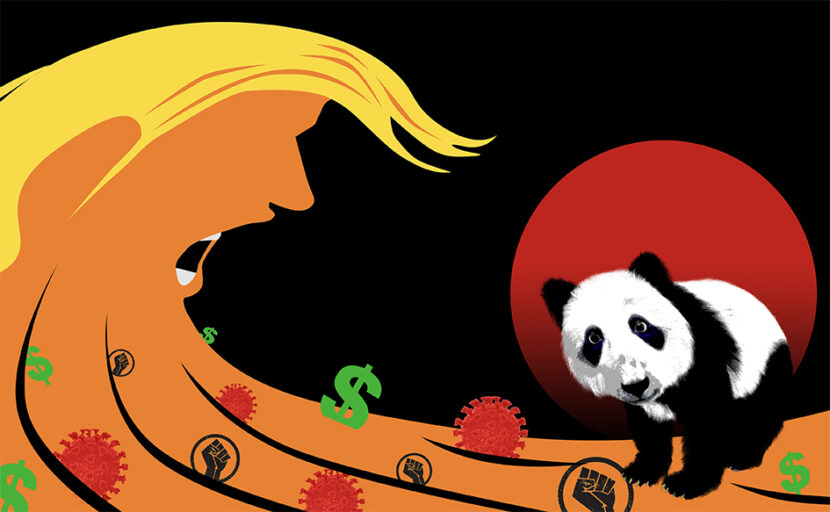 China bashing has become a political staple during U.S. presidential election campaigns. Never more so than today. It is a subject I have addressed and criticized at length in my Custom Maid trilogy.

I am delighted to see in recent polls, as the election season comes to an end, that China bashing is not a top knock-out political punch anymore. It is a non-starter because most Americans, more than 70%, already have a negative “toxic” view of China, the result of past China bashing. A “new historic high” amid the corona pandemic according to a Pew Research Center report in July.

Thankfully, Americans are focused on public health, the economy and social justice — topics I have also addressed — in the Custom Maid trilogy.

Relations with China as “extremely important” rated second to last in a list of 16 election issues, according to a late September Gallup Poll survey.

“Most Americans do not necessarily view their problems with China as having much to do with their problems domestically,” said Yingyi Ma, a sociology professor at Syracuse University’s Maxwell School of Sociology and Public Affairs, and author of Ambitious and Anxious. How Chinese College Students Succeed and Struggle in American Higher Education. I agree and relate as a foreign college student who succeeded in the struggle in American higher education, and said much the same in Custom Maid Knowledge for New World Disorder. A book I dedicated to teachers.

U.S.-China rivalry is here for the next few decades, no matter who sits in the Oval Office. Will be interesting to watch as the legal battles unfold on new and traditional media.

The hope is that both, American and Chinese political and military leaders, keep in mind the Chinese military treatise The Art of War by Sun Tzu, who said: “Genius is when you’re able to achieve your objectives just by maneuvers, without having to fire a single shot.”

Future China-U.S. relations on the Taiwan and South China Sea fronts, will be interesting areas to keep an eye on, a topic of a future Custom Maid book and blog, on the heels of the U.S. presidential election, that will probably be heading for legal fights in many states — and ends up as a legal Constitutional War before the U.S. Supreme Court — and America’s streets.

Can’t wait to see how the next wave of unnecessary China bashing political campaign series, blames ALL America’s woes on China.