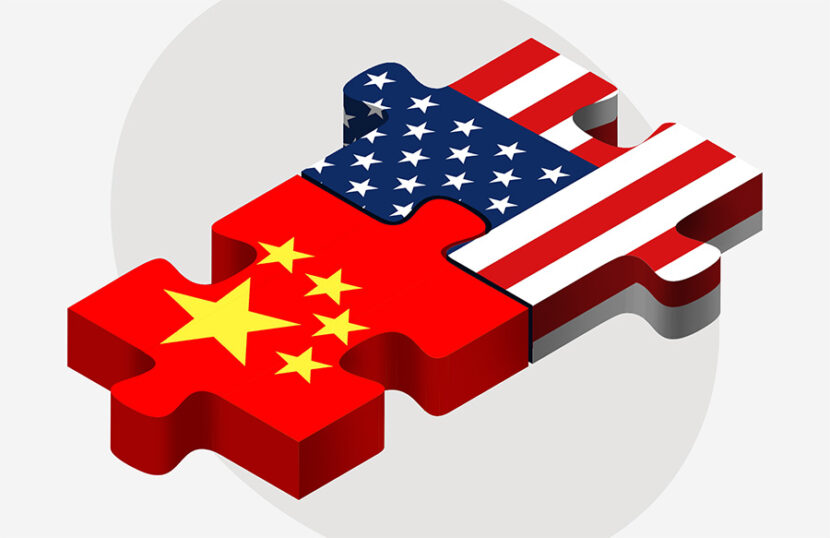 When America’s Founding Fathers wrote the Constitution and Bill of Rights, they had in mind a reset button to review the republic’s domestic and foreign affairs periodically, paving the way for a government of the People, for the People, by the people.

The election of Joe Biden and Kamala Harris as the President and Vice-President, and Democratic Party gaining control of the Senate and House of Representatives in January is an ideal example of this elegant mechanism.

The people rejected the domestic and foreign policies of Donald Trump and his Republican Party — and voted in the Democrats to run the White House and the federal government.

With that America is now back in the geo-political game after four years of gradual incremental isolationism.

Naturally a priority must be the recalibration of the US-China relationship which has been on a free-fall, caused by the growing strategic competition of the two countries, and is now at its worst level since the diplomatic relations were established between the two in 1979.

This fractured US-China relationship must be repaired and restored, and the two countries must find ways for constructive cooperation – not confrontation – that is in the best interests of a shared future for people of both the countries and humanity at large.

A good place for the world’s two largest economies to start will be through a pragmatic cooperation to tackle the Covid-19 pandemic. The two should put their efforts together in vaccination, containment of the coronavirus and evaluate how the virus emerged and spread globally to guard against any future pandemics.

America and China should act as the catalysts to reform the World Health Organization by detaching it from the United Nations and taking joint control of the global body to put its focus squarely back on health agenda and global well-being, shielding it from unwanted political pressures.

Such a global organization should lead efforts to tackle the Covid-19 crisis which has ravaged the global economy and wreaked human misery.

Working together, the experts from the two countries should objectively record how and why the pandemic started, evolved into a global killer.

Some evidence indicates that Covid-19 may have been silently circulating in Brazil, Europe and the US before the mass outbreaks in Wuhan. In other words, it may not be the “Wuhan or Chinese Virus” after all.

To make an apolitical, scientific study of the health crisis, the international mission now in China to investigate the origins of Covid-19 should be given free access to all information about the outbreaks in every country.

“It is imperative we learn and build upon important lessons about how future pandemic events can be avoided,” said Dr. Anthony Fauci, President Biden’s chief medical adviser.

To achieve that we need a stream-lined and efficient global health organization that is not so cumbersome and over-burdened with a politically-correct bureaucracy. An organization that is built on scientific meritocracy bringing  together experts from all countries who have contributed to the fight against Covid-19.

The researchers who put the Covid-19 vaccine on super-highway will have a lot to contribute in the prevention and control of future potential pandemics.

The U.S. and China can also work together to lead COVAX, the global collaboration to accelerate the production and equitable distribution of Covid-19 tests, to expedite global herd immunity.

New viruses and pandemics like the Covid-19 are caused in part by climate change, which is also of enormous human and economic consequences. The air we breathe, the food and water we eat and drink, are all affected by climate change.

President Biden took the first steps to tackle the Covid-19 pandemic and climate change by signing executive orders his first few hours in the White House that cancelled America’s withdrawal from the World Health Organization and rejoining the Paris Climate Accord. Biden has also promised he will convene a climate summit within 100 days of his inauguration.

China and the U.S. as the two leading polluters, must take leading roles in cutting global emissions of greenhouse gases that are triggering extreme weather conditions. Natural disasters like hurricanes, typhoons, floods, droughts, forest fires and melting of ice in the Arctic and Antarctic are causing adverse effects on our eco-system. This is setting off chain reactions that are affecting food supplies, leading to emergence of new viruses and damaging the atmosphere.

Outer Space is another area of cooperation that the two countries can join hands now that China is preparing to launch its own space station in a few months. If America can work with Russia on their joint space station for decades, surely it can start working with China’s Manned Space Agency on a new state of the art space station.

The two should work together and cooperate on building permanent research stations on the moon, missions to Mars, Jupiter and its satellites.

A heaven sent opportunity for such joint projects will emerge on April 1 when China is set to open to the outside world the largest single-dish radio telescope — a five-hundred-meter aperture spherical radio telescope. It aims to study interstellar medium composed of neutral atomic hydrogen, the spiral galaxies, and transient radio pulses from outer space that could proof of alien civilizations.

In the meantime, the two nations must resume military-to-military communications to avoid a hot war, conventional or nuclear, as they clear the air of mutual suspicion and join hands to bring harmony and peace here on Earth and beyond.