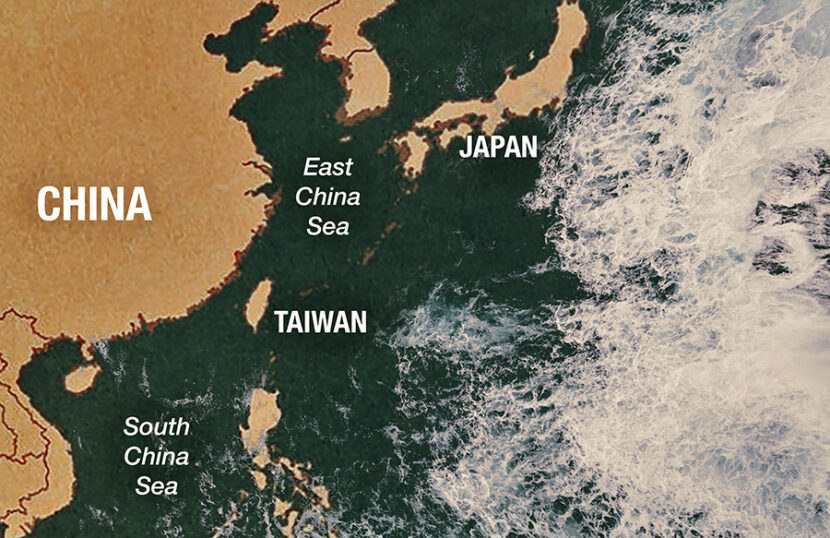 The Biden administration has turned up the Trump temperature and rhetoric of “retreat or fight” on China’s claims in the South China Sea, East China Sea and Taiwan, subjects I have addressed at length in the Custom Maid trilogy.

China has built military bases in the South China Sea that it claims solely for itself, notwithstanding the competing claims of the Philippines, Vietnam, Malaysia, Brunei, Indonesia and Taiwan.

Japan is “Administering” the Diaoyu Islands in the East China Sea that China also claims — and challenges Japan’s claim — by periodically sending naval vessels that are met and confronted by the Japanese Coast Guard.

When it comes to the Taiwan, China not only claims the Straits, but Taiwan, as a rebellious province of China.

Biden made his China policy clear earlier, in an article he wrote in Foreign Affairs during the presidential campaign, in which he said: “The United States does need to get tough with China,” and suggested building a united front of allies and partners to confront China’s “abusive behaviors and human rights violations.”

Secretary of State Tony Blinken told Philippine Foreign Minister Teodoro Locsin, that the U.S. would support Southeast Asian maritime claimants to the South China Sea in the face of China pressure. The U.S. also sent a strong military message by sending a carrier strike group to the South China Sea to “ensure freedom of the seas.”

Indo-Pacific coordinator Kurt Campbell, a China hawk, in a separate article he wrote for Foreign Affairs, pointed out that reversing Trump’s China and regional policies “will be challenging.”

Defense Secretary Lloyd Austin told his Japanese counterpart that the U.S. was opposed to any unilateral attempts to change the status quo in the East China Sea.

On the Taiwan front, Biden invited Hsiao Bi-khim to be the first Taiwan representative to the U.S. to attend a presidential inauguration, infuriating China.

The State Department said: “The United States notes with concern the pattern of ongoing [Chinese] attempts to intimidate its neighbors, including Taiwan,” adding, that the U.S. commitment to Taiwan is “rock-solid.”

The troubled waters in Asia are in desperate need of a Sino-American diplomatic bridge, the sooner the better.