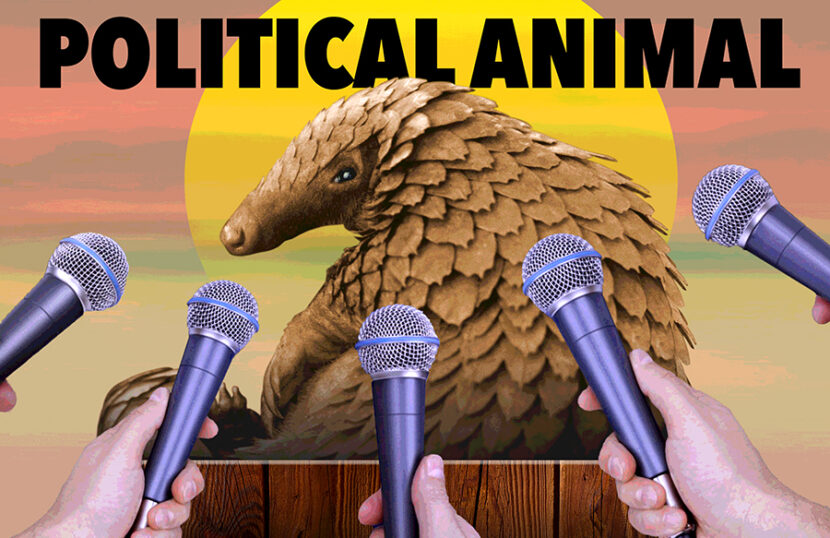 I had a booth to sell my books at the Hong Kong Book Fair that was scheduled July 15-21, now postponed, planned a press conference and press release, announcing that proceeds from the sale of my books will be donated to animal welfare groups – something I am now doing virtually instead – as I encourage Hong Kong to become a political animal advocating animal rights in China.

Something good has emerged from the Covid-19 pandemic that has infected, in a matter of over six months, almost 10 million people in some 200 countries and claimed more than half-a-million lives.  The disease seems to have pushed the authorities in Beijing to make a momentous move: start regulating, for the first time, the country’s culinary and healthcare culture.

Some 4-5 months after the virus causing the current wave of infection began spreading from Wuhan, the Beijing authorities ordered in April to remove dogs from the list of livestock that can be slaughtered for their meat to feed humans and reclassify them as pets.

Historically, China had developed eleven breeds of dog. They are prominently displayed in many pictures of early Chinese emperors and military leaders. Yet, they were considered generally as meat for the table.

Beijing’s new initiative to reclassify dogs as pets is a victory for Hongkongers who consider dogs as pets and recognise the various duties they perform in the service of humans, like in search and rescue and aiding the blind as man’s best friend. Beijing has now recognised it. Moreover, it also ordered last month (June), to remove pangolin scales from the list of ingredients for some Chinese medicines.

While the dog is now reclassified as a pet, Beijing did not explicitly ban raising it for meat. It could well be a lawyers’ Dog Breakfast. However, there is a logic behind it.

Dog meat is eaten by people in Chinese and some Asian communities far longer than the dog has been man’s best friend elsewhere. In 1950, the then British rulers of Hong Kong had declared eating dog meat illegal. Restaurants that served dog meat as a delicacy, however, continued to keep it on their Bill of Fare, attracting dog meat connoisseurs, particularly during cold climes.

Beijing seems to have taken note of it and recognised that weaning some one-fifth of mankind from a long-enjoyed taste is not easy, even by legislation. And, failure to enforce a law it has instituted is unthinkable, for it will be seen as a challenge to the all too powerful Communist Party. Besides, President Xi Jinping’s goal to uplift, before the end of this year, some two per cent of the population living below the poverty line of 2,300 RMB per annum, is also an issue to reckon with. Many poor farmers breed dogs, bamboo rats and some species of wildlife to feed their household. Besides the poor breeding wildlife to feed themselves, others raise wildlife commercially as a delicacy for the rich and well-healed. Such operations on the mainland are believed to be worth more than US$8 billion.

Nonetheless, Beijing has taken the initiative to reclassify dog as a pet, and Shenzhen across the border of Hong Kong Special Administrative Region has become the first mainland city to ban eating the meat of dogs and cats. It deserves a round of applause.

In Hong Kong, the people had learned fast from the Severe Acute Respiratory Syndrome (SARS) that developed in China’s Guangdong province in 2002 and spread across the border in 2003. Washing hands frequently became a widely accepted practice for maintaining personal hygiene. Thus, Hongkongers were able to deal with subsequent virus attacks, including Covid-19. The number of people infected in Hong Kong so far is less than 1,500 with a death toll of nine.

Now, Beijing’s new policy on dogs and pangolin scales should give Hongkongers new hope to lead a movement to make eating not only dogs and cats but all pets and wildlife illegal anywhere. Hong Kong is a global hub for the wildlife trade. From Pangolins, their scales, tiger parts, elephant ivory, shark fins and just about every other wild animal that contributes its biological makeup to Traditional Chinese Medicine and menus in the belief that it cures ailments or helps physical and mental wellbeing. Therefore, Hong Kong must take the lead in calling for laws protecting animal rights, both for pets and those in the wild, and the enforcement of such laws with severe penalties for the violators.

This is the challenge that the Hong Kong Wildlife Trade Working Group, established in 2015, must take up.

The Convention on International Trade in Endangered Species of Wild Fauna and Flora (“CITES”), the global regulatory instrument for trading in more than 30,000 species of wild trees and plants, and 6,000 species of animal should be championed and enforced in Hong Kong.

Hong Kong has to be the leading global political animal to build a sustainable balance between humans, animals and nature – The Global City for Animal Rights – that enforces laws banning the sale of all pets and wildlife or their parts, with severe fines and jail terms, first in Hong Kong, followed by the whole of China and become the global Centre for Pandemic Research and Prevention Control. These are political battles the Hongkonger political animals can win as Hong Kong reinvents and rebrands itself after the post-July1Second Handover.

A battle I am joining. Hopefully, you will as well.