Beijing — not Covid-19 — killed the Hong Kong goose laying golden eggs for China. The new Hong Kong Article 23 national security law tabled May 22, that was adopted May 28, to be passed into law by the Standing Committee of the National people’s Congress (“NPC”), probably sometime in July-August, before the Legislative Council elections in Hong Kong on September 6, was the final nail in the autonomy coffin.

The political concept of “one Country Two Systems,” with a “high degree of autonomy,” that China hoped would take root in Hong Kong and also seed Taiwan, is as dead as a Dodo bird.

The death knell was first sounded back in January, when Luo Huining, Director of China’s Liason Office in Hong Kong, arrived in Hong Kong and started dictating what Hong Kong’s Legislature should do in violation of Article 22 of the Basic Law, that prohibits “Departments” of China’s governments from interfering with Hong Kong affairs, arguing, with the support of pro-Beijing legislators and members of the Chief Executive’s cabinet, that his office was an agency and not a “Department” of China’s government.

Luo’s vocal criticism of Legco’s  House Committee Civic Party lawmaker Dennis Kwok, for blocking the passage of 14 bills and 89 pieces of legislation that the democrats disagreed with, most significantly the national anthem bill, and the re-election of chairwoman Starry Lee Wai-king, signaled Beijing’s forceful interference in Hong Kong affairs. Kwok presided over committee meetings as deputy chair, while Lee stood aside because she was seeking reelection.

The standoff triggered bruising brawls between pro-Beijing legislators and the Democratic opposition, that resulted in her reinstatement and 15 of 20 Democratic legislators being forcibly evicted from the legislative chamber.

Article 23 of Hong Kong’s Basic Law, the city’s mini constitution, requires the city to enact “on its own” a national security law. China clearly gave up on that happening, bringing to an end a “high degree of autonomy.”

Beijing will authorize Hong Kong police to establish a domestic intelligence agency similar to the colonial-era Special Branch and allow mainland agencies to operate in the city when needed.

The new law will be introduced to Hong Kong by promulgation, without the need for local legislation and be included in Annex III of the Basic Law. Article 18(3) of the Basic Law states that laws added to Annex III should be confined to defense, foreign affairs — and matters outside the city’s autonomy.

The U.S. had until the end of the month to certify Hong Kong’s autonomy from China under the Human Rights and Democracy Act of 2019, a pre-requisite for extending the city’s preferential trading and investment privileges but didn’t wait.

No autonomy, no more preferential privileges! 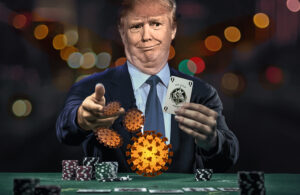 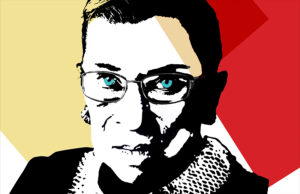